Cosy finca in Arenas with a mango farm

We have been fervent Spain visitors for years and instead of going to the southern Costa’s we preferred to travel to Galicia in the North of Spain. When Sjaak was thinking of an early retirement we even considered to buy a finca in this region, put up for sale by our dear English friend Robin. The asking price however was out of our price range (at the moment the finca is still for sale). Furthermore, the weather in Galicia is very similar to the Dutch weather, with lots of rain during wintertime (that’s why the Galician landscape is so very green). 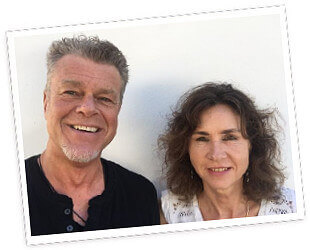 When Sjaak took early retirement in the beginning of 2016 the idea of having a house in Spain came to mind again. Affected by our friends René and Sonja, who had just bought a house in the Axarquia and by Jan and Marita, our friends who have been living in the Axarquia for several years now, one morning Sjaak suggested: why shouldn’t we buy a house in the Axarquia as well? Financially a good investment, given the low savings rates in the Netherlands and the good housing prices in Spain. The climate, however, was still a matter of consideration because of the heat in the summer months. But you get older and your body is more in need of warmth. Moreover, we already planned to rent out the house during summer.

Sjaak had plenty of time and for two months he was surfing the Internet nearly six hours a day in search of suitable homes. Out of one hundred options we selected about forty houses and informed Second Home Andalusia of our plans.

They immediately contacted the real estate agents of the selected properties, and being aware of our preferences, the crew of Second Home Andalusia themselves also searched for our dream house. After many Skype sessions, email contact and endless planning we finally reached a compromise and scheduled a viewing tour of several properties. In the beginning of June 2016 we took an early flight to Málaga and were met at the airport by the team of Second Home Andalusia. They took us to the viewing of the first house right away with fifteen more to go in only four days time. We visited houses in Algarrobo, Canillas de Aceituno, Comares, Cutar, Riogordo, Sedella, Velez-Malaga ... a very busy schedule but fortunately each day we were able to take a dip in the nice big pool of our friends.

Actually we already came across our ‘dream home’ on the first day. We drove up to this nice property, situated on the border of Velez- Malaga and Arenas, walked around and knew from the start that this was the house we were looking for. It was perfect! The location, the space, the pool, the mango farm and the orchard with a diversity of fruit trees completed the picture. We visited the house once more on the last day and we were convinced that we had found our dream house.

The team of Second Home Andalusia provided professional assistance with negotiating the best price (in Spain for sure you need to bargain!) as well with the next step, for purchasing a house in the Spanish countryside can be a jeopardy if you are not familiar with the required permits. Their knowledge and experience, and their relation with notaries, lawyers, insurance companies, handymen, etc. are essential if you consider buying a property in Spain!

In our case all the documents appeared to be in order and Sjaak could fly to Spain in August to sign the contract! Now the real work was about to begin because the house was empty and there wasn’t even a kitchen! So we had to shop till we dropped, from hardware store to bedroom furniture and from there on to the shop where they sold stoves and heaters. Again we received great help from the team of Second Home Andalusia, they know their way in the region and took us to the right shops, helped us with the orders and deliveries and… with the language. In September, Sjaak and I flew to Malaga again to collect the ordered goods and buy the rest of the household.

Back in the Netherlands we were very pleased with the help and support of Second Home Andalusia. They checked, for instance, the construction progress of the kitchen or drove to our house to let a supplier in, so we were assured everything went smoothly down there in Spain.

In November the decoration of our home was ready and in December we celebrated New Year in Canillas de Aceituno with our parents and daughter. We really needed this break after all the hard work.

Thanks to the great help of team Second Home Andalusia our Casa Rosalia is now ready for renting out! 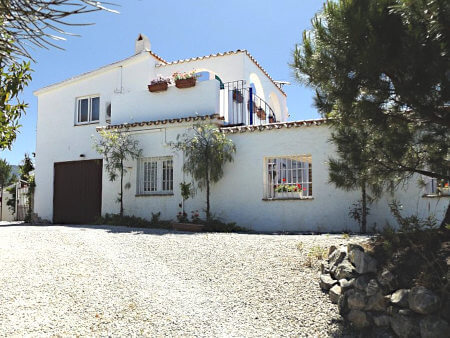 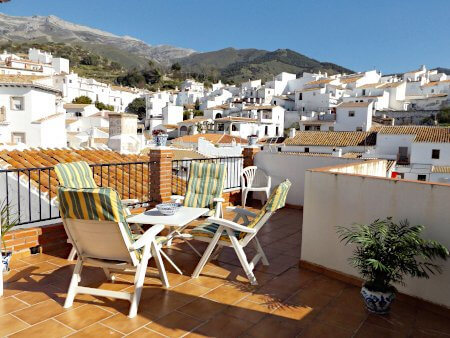 Townhouse with great views in Sedella